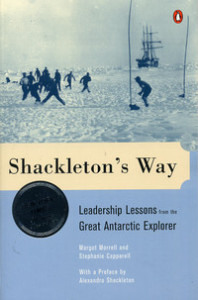 In 1914, Sir Ernest Shackleton led 27 men, for almost two years, through a harrowing fight for their lives after the wreck of their Antarctic vessel, Endurance, left them stranded on an ice floe 1200 miles from civilization. But every man survived. And every man ascribed it to Shackleton’s superb leadership. Nearly a century later, this once-overlooked explorer is riding a wave of ‘Shackleton mania’. Yet nowhere have the secrets of Shackleton’s leadership success been fully analysed. Shackleton’s Way draws on anecdotes, crew diaries, contemporary material and interviews with some of today’s leaders to illustrate Shackleton’s tactics. Here readers will learn how to manage crises with limited personnel and resources, how to create order out of chaos, how to hire good workers, how to support and inspire employees to do their best, and how to lead by personal example with optimism, egalitarianism, humour, strength, ingenuity, intelligence and compassion. Shackleton’s Way is a fascinating and practical case study of a leader who triumphed by putting people first and striving for the seemingly impossible. 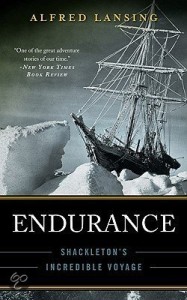 The astonishing saga of polar explorer Ernest Shackleton’s survival for over a year on the ice-bound Antarctic seas, as Time magazine put it, defined heroism. Alfred Lansing’s scrupulously researched and brilliantly narrated book — with over 200,000 copies sold — has long been acknowledged as the definitive account of the Endurance’s fateful trip. To write their authoritative story, Lansing consulted with ten of the surviving members and gained access to diaries and personal accounts by eight others. The resulting book has all the immediacy of a first-hand account, expanded with maps and illustrations especially for this edition.